Stephen & Jackie Taylor began growing produce in 1978 and now operate 12 farms in 4 countries, as well as packing the fruit from other PO members such as Polana and Hayle Farm on their site in Kent. All fruit grown by Winterwood Farms is marketed through Farm Fresh PO, with the exception of their produce from their South African farms which are marketed elsewhere.

Stephen Taylor and his wife Jackie have owned and run Winterwood Farms since 1978. From small beginnings, the company now has 12 farms in 4 countries, and has traditionally specialised in the niche markets of currants and gooseberries, as well as out-of-season production. The company was one of the first to grow raspberries and blackberries in polytunnels during 1978. The company operates as a ‘family business’, run by the owners, with dedicated staff central to its continued expansion. The integration of all aspects of the business allows staff to move seamlessly between field and packhouse, permitting instant response by the packhouse to changed or late orders. Also, the farm is able to respond quickly to weather changes or fluctuations in the order levels of the various fruits being harvested.

Winterwood Farms uses its own central packhouse in Kent to coordinate growing, procurement and distribution. It sources fruit from worldwide growers across 8 countries, enabling the continuity of supply required of an AYR business. The packhouse also packs the fruit from the farms of other PO members such as Polana and Hayle Farm.

The fruit grown by Winterwood Farms is marketed via Farm Fresh PO, while the fruit produced on their South African farms from November to February is marketed elsewhere. 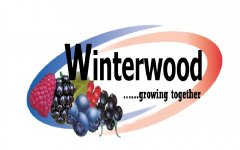