Established in 1925, Cobrey Farms is a Chinn family partnership farming 1000 hectares in Herefordshire, Gloucestershire, Monmouthshire and Suffolk. They grow Asparagus, blueberries, beans and rhubarb which are marketed into various supermarket chains via Farm Fresh PO.

Cobrey Farms is the largest producer of Asparagus in the UK and is at the forefront of developments with enlarging the season, having extensive tunneled production as well as traditional open fields. They have state of the art packing lines which are all computer controlled enabling the optimum cutting and size grading. During the season the packhouse works 24 hours a day to enable the enormous crop within a short eight week period to be harvested and packed in time for UK supermarkets and wholesale outlets. Cobrey have recently expanded into bean production and are expanding this enterprise in collaboration with FFPO direct sales into supermarkets.

The Chinn family began their tenure at Cobrey Farm in 1925, when William Chinn took over the tenancy of 50 hectares from Guy’s Hospital. Four generations later, the Chinn family have grown the business to 1000 hectares across Herefordshire, Gloucestershire, Monmouthshire and Suffolk. John Chinn, his wife Gay and two of their sons, Henry and Christopher, invest heavily in the research and development of new crops, varieties and growing techniques. One particular area of expertise is Season Extension for traditional UK produce, achieved in an environmentally-sustainable manner, whilst improving the taste and consistency.

Blueberries Cobrey Farms currently grow 80,000 young blueberry plants, many of which were propagated in their own Nursery before replanting for production, either into soil or substrate pots. The blueberries are marketed mainly into Marks & Spencer via Farm Fresh PO. Further expansion is planned, targeting the early season market from protected production fields, and the late season market using controlled atmosphere storage.

Packing All produce grown for retail is washed, graded and packed into customer-specific, retail-ready packaging on-site in the BRC accredited packhouse.

Sustainability and Education Cobrey Farms take their responsibility as custodians of the land very seriously. They employ a scientific approach and rigorous monitoring systems to their procedures, maintaining and improving the environment for future generations. Water is an increasingly scarce resource, and Cobrey Farms have worked with Cranfield University and The Environment Agency to maximise the output per litre, developing practical large-scale water harvesting and recycling systems for protected cropping. They are leading the way in the fight against soil erosion , hosting trial sites (again in partnership with Cranfield University) in order to learn and help others. To educate and inspire local youngsters, Cobrey Farms host regular visits and are members of the Open Farm Sunday Scheme. Last year, John Kyrie Secondary School, Weston-Under-Penyard Primary School and the Young Farmers all took the opportunity to visit. 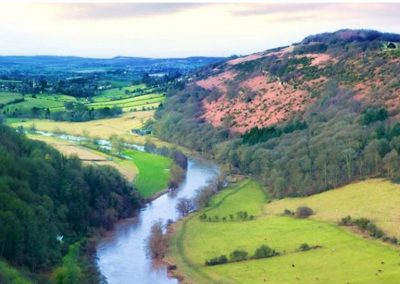 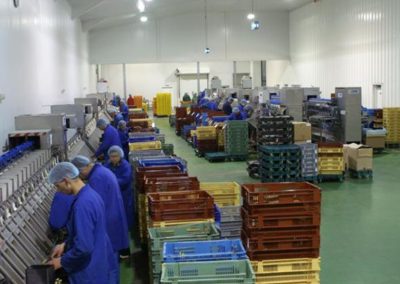 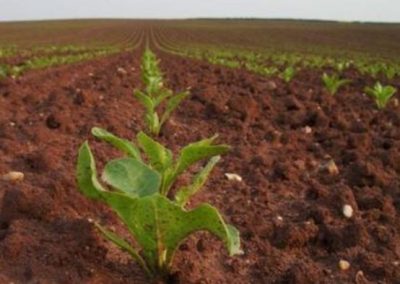